FLIGHT TRAVEL JSC is the Appointed Travel Agent of Air Asia in HCM from 2014 and Sales Center in Hanoi from 2016. 20% off the entire flight

Enjoy festivals in Thailand with up to 20% discount from AirAsia for all classes, all flights Visit Thailand, Philippines and many other destinations with AirAsia in the promotion program to reduce 70% of the ticket price for itineraries 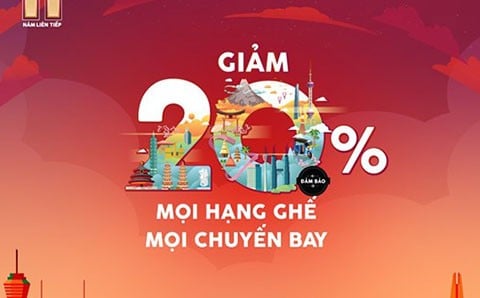 20% off ticket prices for all flights

Fall comfortably with AirAsia with attractive promotions up to 20% of the fare for the flight segments, all seats.